Sammyjo Pearson, the owner of Longlox salon in Gateshead, has sent a message to fans ahead of series 3 of Angels of the North

The star of hit BBC Three programme Angels of the North has sent a message to fans after the date of the show's return was revealed in dramatic fashion.

In an impressive publicity stunt, a giant light projection appeared on the side of the Baltic Art Gallery yesterday with the message #TheAngelsAreComing - and a date of October 31.

The binge-watching sensation features the the Longlox salon in Gateshead, following the lives of Sammyjo and her team both inside and outside of work.

The BBC has also revealed that some lucky fans will get the chance to see an exclusive preview of the first two episodes of series 3 at The Boiler Shop in Newcastle on October 20.

In a video, Sammyjo said: "It's official! The Angels are back. We're coming to BBC 3 and iPlayer for series three on October 31 - but if you want a sneak peak of the new series and to meet me and the other angels, apply for tickets for our official screening on 20th October.

"Hope to see you there!"

A third series of the show was confirmed back in May following the success of the two previous outings. According to the BBC, streaming figures at the time were over the seven million mark.

Angels of the North also made the longlist for this year's TV Choice awards. 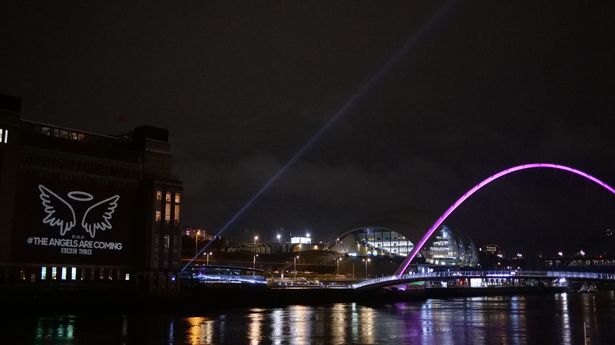 The Angels are coming was projected onto the side of the Baltic to announce the date series three of BBC series Angels of the North will be available (Image: BBC)

As well as the ups and downs in the lives of the salon's hair experts, series three will introduce some of their friends and boyfriends, with connections to other local businesses including a tattoo studio in Newcastle and a Jarrow boxing gym.

According to makers Twenty Six 03 Entertainment, the aim of the expanded series is to provide a snapshot of life in the region and capture exactly what it takes for those involved to create successful family businesses.